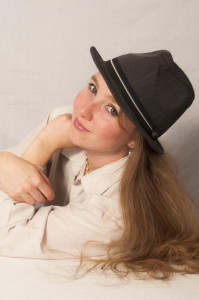 Cas Foste is a photographic artist dedicated to enhancing the visuals behind fine art photography. Her passion for photography started when she was knee high with a 110 camera. At about 10 or 12 her grandfather gave her his Honeywell Pentax, her first SLR. In 2001, she started on the collegiate path and in 2006 graduated from Western State College in Gunnison, Colorado with her Bachelors of Fine Arts with an Emphasis in both Photography and Printmaking. After a short volunteer term at Ramana’s Garden, a children’s home and school in Rishikesh, India, Cas returned to Colorado. She currently lives in Colorado Springs with her dog.

In January 2011, Cas decided to extend her education and started a mentorship with fine art photographer and the previous president of Peak Digital Imaging Society (PDIS), Bill Young. As her first “official” big project, Cas was one of the official photographers for the Manitou Springs Chair Project held in October 2011 in Manitou Springs, Colorado. She and Young collaborated to create the (then) largest Gigapan photograph of an art instillation piece, which can be viewed on the Gigapan website.

Cas is currently the Curator and Custom Framer at Academy Art & Frame Company (AAFC). She helps to organize and promote the monthly art exhibitions as well as manage the art on consignment. Annual monthly shows include: two Photography Exhibits; Art Aloud showcasing artists and writers in recognition of National Poetry Month; “How Do You See God?”; and an International Miniature Exhibition. In 2012, Cas designed and developed the first self-published book of the exhibited work in “How Do You See God?”. 2015 will be the fifth year of the exhibition and the fourth year for the publication.

Cas has won numerous awards over the years, including 2nd, 3rd and Juror’s Choice Awards in the amateur division at the Colorado State Fair Fine Art Exhibition (CSFFAE). August 2014 was Cas’s fourth year to be accepted into the professional division of the CSFFAE. She also took 1st place in the printmaking division at the AAFC Juried Miniature Exhibition. And she has won and/or placed in many of the PDIS juried competitions. Solo exhibitions of her work have been on display at Academy Art & Frame Co., Manitou Art Center, Orchard Ovens Bakery, and most recently, Sangre de Cristo Arts and Conference Center.

Cas is a member of the Manitou Art Center, Pikes Peak Arts Council and Big Picture Discussion Group. Cas has been a member of PDIS since 2008 and in January 2013 she took over as President.

All images are copyright protected and owned by Cassondra Foste. All Rights Reserved
Full Width Theme by SKT Themes